Resolve the dispute to let everyone (eg. your accountant) know that we've sorted things out.

Written by Jeffrey Meese
Updated over a week ago

So your Supplier sent you a wrong or damaged product. You raised a dispute to inform them and got it all sorted out (thankfully), it's now time to resolve the dispute and mark the order complete.

(1) You can resolve a disputed order on your laptop or on OrderEZ's mobile app. 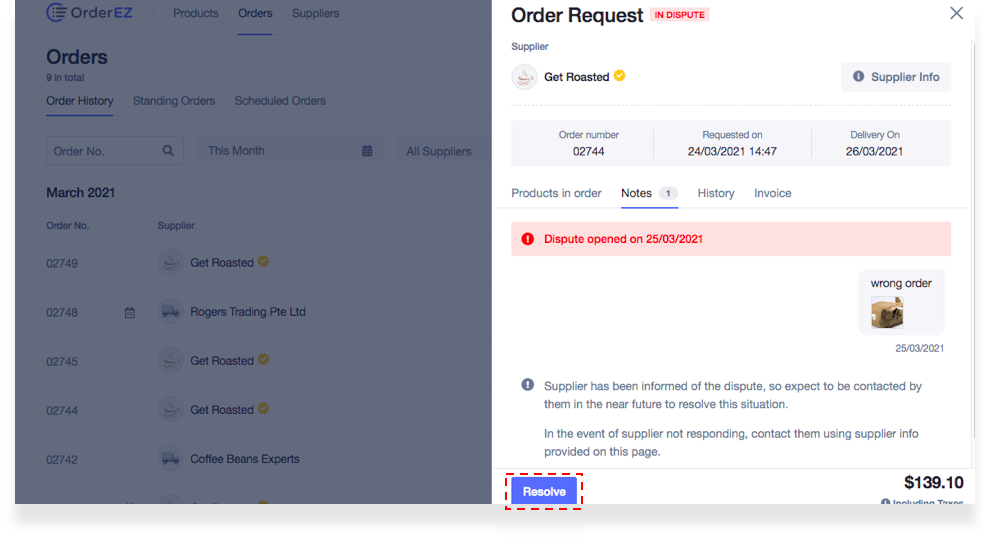 Similarly on the mobile app, open the disputed order and click on "Resolve Dispute".

The status of the order will be Completed with a red dot, indicating that there was an issue with the order but have since been resolved.

Did this answer your question?